Made by a commitment to academic and athletic excellence.

From McGill’s earliest days, athletics have been a vital part of university life.

McGill was home to the first intercollegiate hockey, football, swimming and basketball teams in Canada, and it was here that the foundations of North American collegiate sports were established.

Athletics and recreation activities remain an exciting and essential part of the student experience. McGill’s varsity athletics program is among the largest in the country. In addition to its 30 intercollegiate teams and clubs, some 5,000 students participate on over 500 intramural teams per semester, and an extensive recreational program offers more than 125 fitness and recreation courses that attract 5,500+ participants. All in all, there are more than 8,000 Fitness Centre users.

Given its dedication to fostering excellence, it is perhaps not surprising that, over its more than 170 years of athletics history, McGill has seen 125 students and graduates compete at the Olympic Games, where they have won a combined 31 Olympic medals, nine of them gold. The University can also boast having had 55 McGillians play in the CFL, nine in the NHL, and three in the NFL.

Fueled by a renewed vision for excellence in athletics, recreation and wellness, McGill has ambitious plans to enhance its Athletics and Recreation installations and elevate its training, coaching and wellness programs to new heights of excellence.

To perform at their best, McGill student-athletes must have access to the most up-to-date training and competition facilities. Although McGill’s sports facilities are in many respects among the best of their kind in Canada, they are under increasing pressure to meet the ever-growing demands of students and the wider McGill community. Several key facilities are outdated and in need of refurbishment.

Supporting leadership and coaching for men’s and women’s teams

When elite student-athletes are deciding what university they want to attend, a key consideration is the level of coaching support they will receive. A&R is committed to hiring the most competent, motivated and inspiring coaches, and to enhancing coaching excellence by providing staff with more access to professional development opportunities and tools that will help them bring out the very best in their teams.

Your support will enable Athletics and Recreation to: 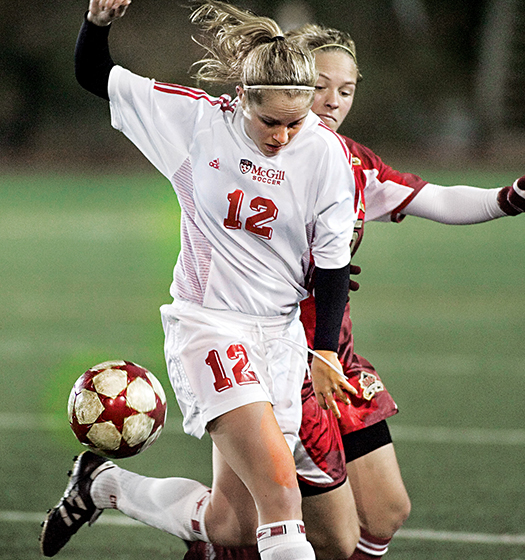 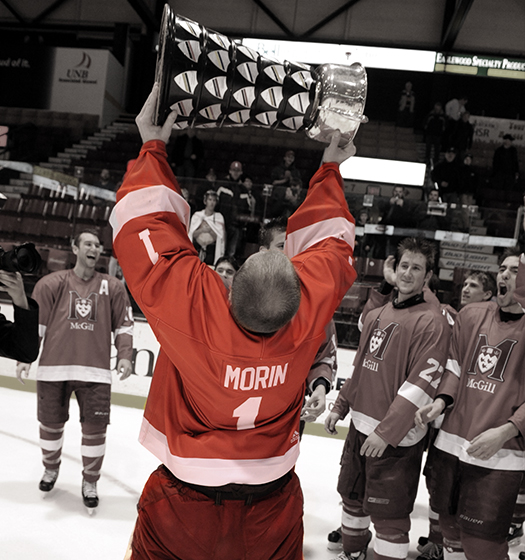 In today’s competitive university environment financial incentives are a critically important factor in the recruitment and retention of top student-athletes. And in the case of McGill, these applicants must also meet the University’s rigorous academic entrance requirements.

There is mounting evidence that the development of healthy habits is essential for university students’ academic and overall success. This is especially the case with varsity athletes, who face unique challenges and stressors that can impact their overall wellbeing. A&R is developing a comprehensive wellness program that will give McGill athletes new tools to pursue excellence during and beyond their sporting careers, while offering benefits that extend across McGill’s campuses.

Your support will enable A&R to: 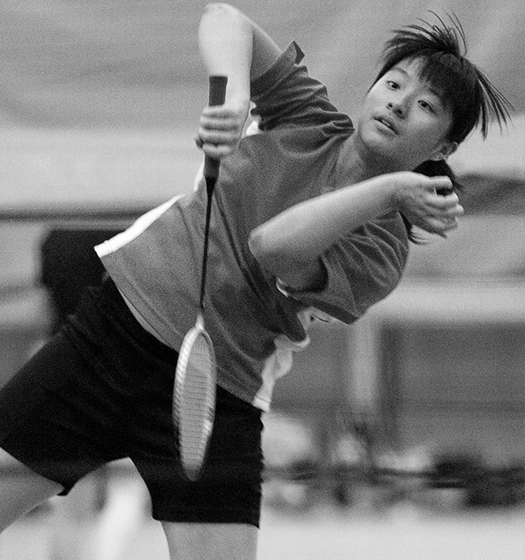 A proud legacy in Athletics. Made by student athletes like Christopher Cinelli-Faia.